Disney Junior shows are popular among many young kids. To my son those characters were some of his first friends and he adored them, so I knew we had to do the Disney Junior Play and Dine breakfast at Hollywood & Vine. As far as Disney World Vacation Planning Tips go I can tell you that this is a must do meal for any vacation group that contains Disney Junior fans.

Disney Junior Play and Dine Breakfast at Hollywood and Vine

Disney’s Hollywood & Vine restaurant is located in Disney’s Hollywood Studios. It has been around since the park’s opening in 1989 (back when the park was called Disney’s MGM Studios). The restaurant is designed to look like a 1940’s cafeteria with an art deco motif. It is located in the Echo Lake area of the park and is part of the building that also houses the 50’s Prime Time Cafe Restaurant.

The restaurant’s meal theme has changed many times over the years. You used to be able to dine with the Disney Junior characters for different meal times, but since September 2018 the Disney Junior Play and Dine meal is only available for breakfast.

Our family loves a good breakfast, but we normally don’t care to waste our early park hours (when it’s not so busy) eating breakfast. Still I would choose to attend the Disney Junior Play and Dine breakfast over the extra park time if you have a big Disney Junior fan. The joy on my son’s face when he saw these characters was totally worth it.

My best advice is to book  an early breakfast before the park opens. Then you aren’t wasting much of your park time. You could also book one of the last breakfast reservations of the day (the breakfast runs until 10:20) and make it an early lunch. We have done that many times and it works out great. Late breakfast times are usually easier to come by and since it’s a buffet you can eat enough to fill you until dinner! Plus, I don’t know about you, but we enjoy breakfast food any time of the day!

Of course the most important part of this meal is your child’s chance to meet their best friends from Disney Junior. At this time four different characters appear for the meal and they are Doc McStuffins, Vampirina, Sophia, and Roadster Racer Goofy. In May 2019 Fancy Nancy should be replacing Princess Sophia. Of course the characters that appear are always subject to change.

As a side note, I apologize that some of the pictures I have showing in this post are of past Disney Jr. characters. Sadly my son has mostly outgrown his Disney Junior friends so it has been a little over a year since the last time we dined here. In that short time there have been a lot of character changes for this breakfast. While I have pictures with Jake of the Neverland Pirates and Handy Manny these characters are no longer included in this character breakfast.

I love character meals at Walt Disney World because they are such a great way to see Disney characters. The characters circulate from table to table and your child has a chance to get up close and personal with their favorite Disney Junior pals. Your kids want to meet the characters, and you need to eat, so why waste time standing in character lines when they will come right to your table while you enjoy your meal? 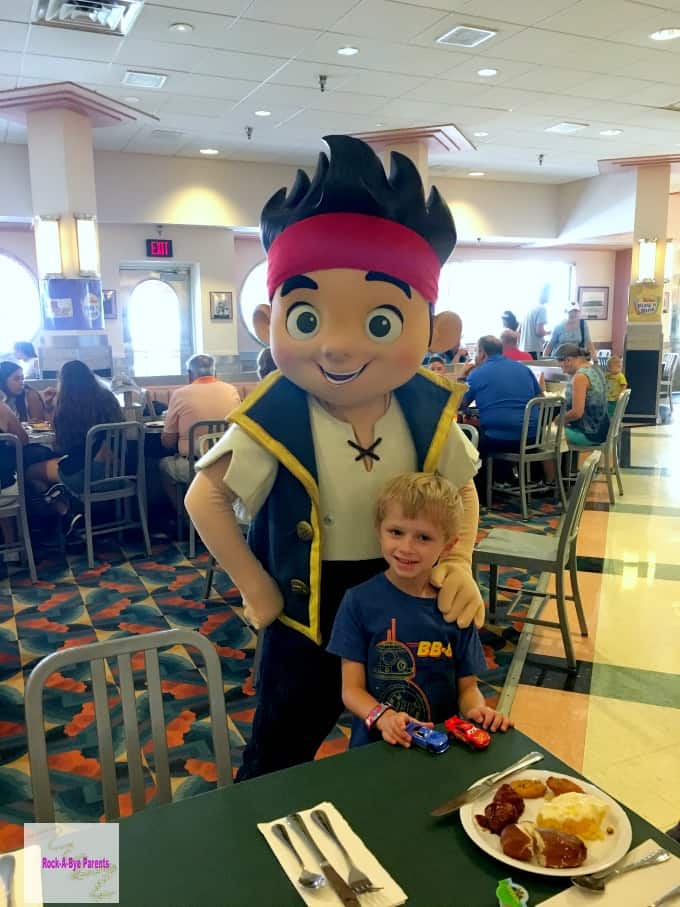 The Disney Junior Play and Dine meal is served buffet style. I have become very fond of Disney buffets since having Nick. When your little one is hungry, and worn out from exciting days at the theme parks, waiting for food is usually not something they’re willing to do. 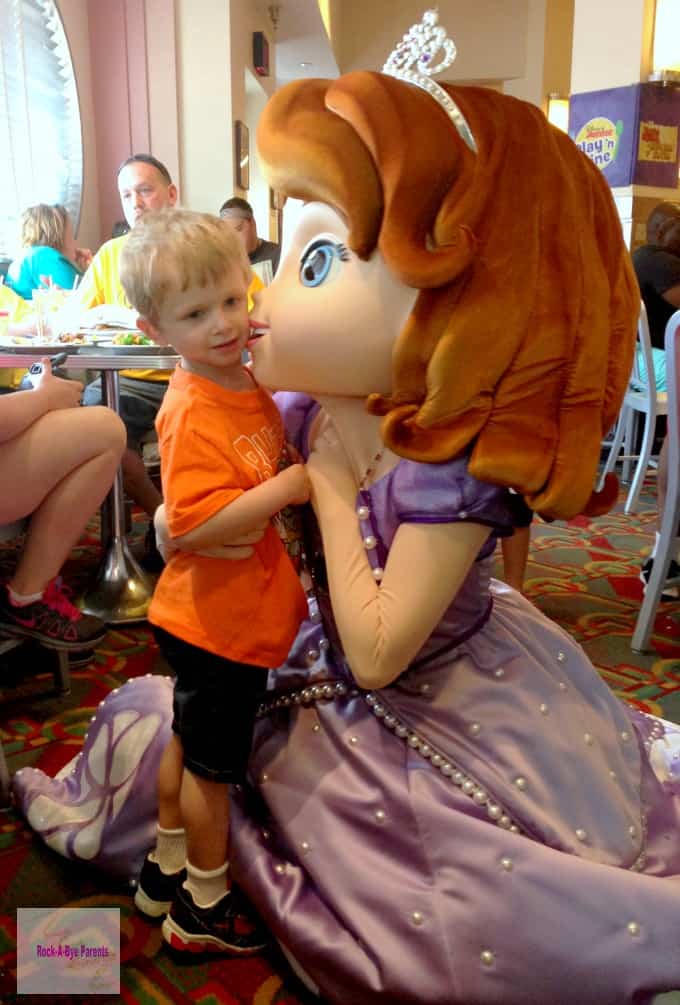 The Disney Junior Play and Dine buffet has always been one of our favorite meals of the trip. Partly because of watching Nick with the characters, but we have always really enjoyed the food too.

Buffet food is always subject to change, but here is the most current offerings:

The fact that the breakfast buffet for the Disney Junior Play and Dine meal contains characters causes the price to be a bit higher than other buffet meals. Trust me when I say it’s totally worth it though!

Please note that there is a price range for each meal as costs vary based on the time of year that you dine there. The cost for an adult breakfast ranges from $34.00 – $38.88. The cost for a kids breakfast (ages 3-9) ranges from $18.97 – $23.03. Children under 3 dine for free. These prices include a non-alcoholic drink and tax. Gratuity is not included in the prices though.

Reservations are highly recommended and can be made as early as 180 days out. You can make the reservations online or by calling 407-WDW-DINE. The Disney Dining Plan is accepted at this restaurant. 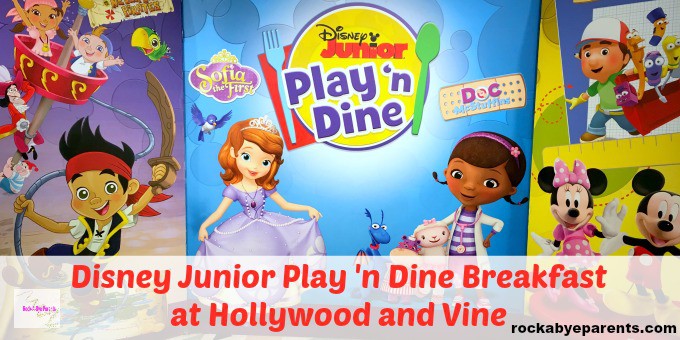 Do you feel overwhelmed trying to plan your Walt Disney World vacation? Would you like to have someone make your reservations and help give you guidance? As an agent with DreamFinder Travel I can do just that for you! Plus my services are completely FREE! Request a no obligation vacation quote today and let’s start planning your magical vacation

Guide to Jedi Training: Trials of the Temple at Hollywood Studios |

[…] people even get early morning breakfast reservations to get a better chance of getting a spot. Hollywood and Vine Disney Junior Play n’ Dine is a great choice if your kids are still into Disney […]

This looks like so much fun for kids. You got some great photots. The buffet sounds good too!

It truly is a fabulous meal that kids just love!

What a fun place to have breakfast. The food menu sounds great. My grandsons would love it there.

What a great review. I think it is hard sometimes to find reviews of these type of character meals. I will definitely have to check this out when we ever make it to Disney.