One of my favorite pies has always been banana cream pie, but Nick couldn’t eat it due to the egg in the meringue. I decided I needed to create my own version and added it to my list of egg free recipes. I changed things up by making it an egg free chocolate banana cream pie! 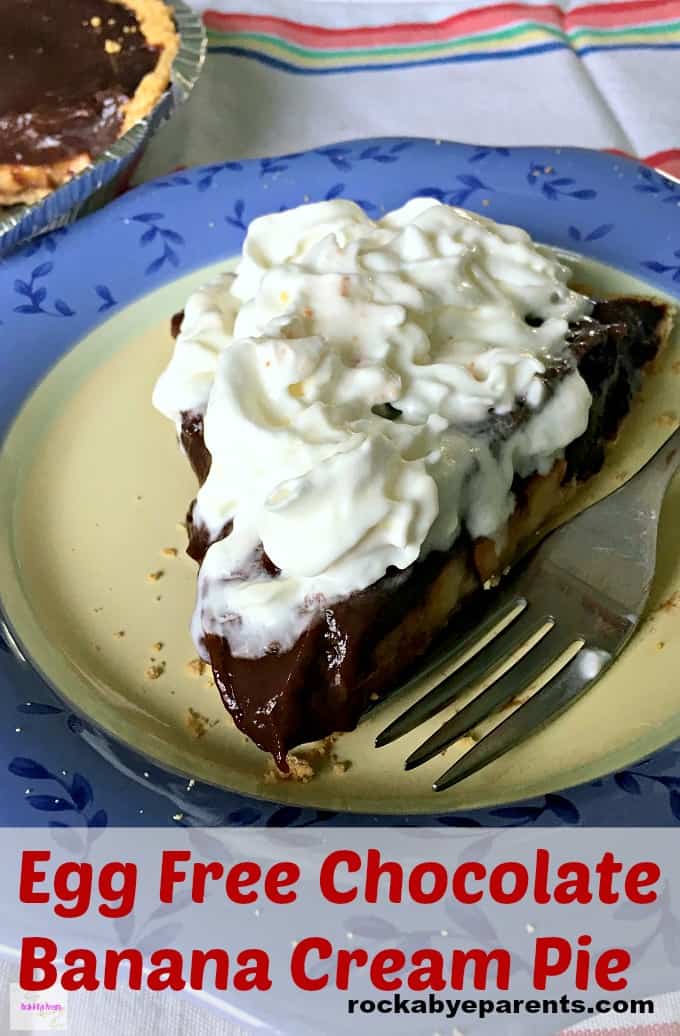 Our family has always loved pies that have meringue on them, and banana cream pie was one that has always been made a lot. Of course it’s a great recipe to make when you have ripe bananas that you need to use up.

One thing I love about this recipe is how easy it is to make. It doesn’t take all that much time to make either, which is always a plus in my book!

The first thing you’ll need to do is to slice up the bananas. As you slice them up lay them on the bottom of the crust. It’s easiest if you start at a side and wrap your way in.

Once the entire bottom of the crust is covered place the remaining slices on top of the first layer. When I do this I first place those pieces in areas that have larger gaps between the banana pieces. The idea is to have every part of the bottom of the pie crust covered with a banana layer.

Once you have both bananas sliced and layered in the pie crust it’s time to make the pudding. For this just follow the directions on the pudding box. You’ll want to look at the amount of milk and mixing time necessary for pie filling as it is different from the amount if you’re just making the pudding to eat on its own.

When the pudding is all made per the box instructions all you have left to do is to pour the pudding into the pie crust and then place the pie in the refrigerator! You’ll want to leave the pie in there for at least a few hours. It’s even better if you can leave it in the fridge overnight though. That really gives the pudding time to set.

To finish the pie you’ll want to add whipped topping to the top of the pie when it’s time to serve it. The easiest way to do this is by putting the topping on after you have cut the pie into pieces and placed the slices on the plates. Then all you have left to do is enjoy it! 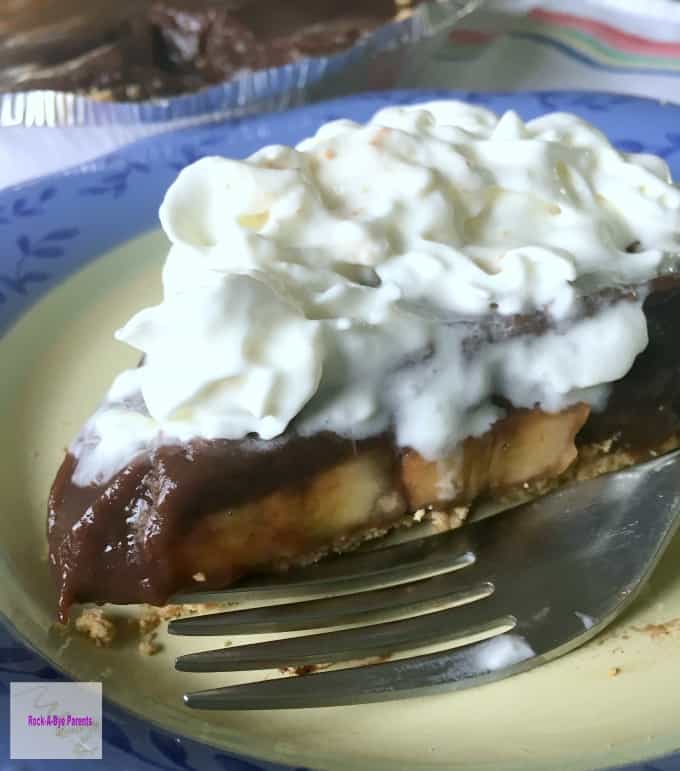 where can i buy zithromax online

generic zithromax 500mg where can i purchase zithromax